Wesak valley lies in western Tibet near at holy Mount Kailash and Lake Manasarovar. According to tradition at the full moon day of May, Buddha comes to the Wesak valley to bring powerful spiritual energy of Shamballa to the assembled masters, initiates and disciples of the Hierarchy, for the assimilation and eventual distribution of Shamballa force throughout the world.

Another legend found that Wesak Valley, Tibet. The Buddha links in a triangle with Sanat Kumara and The Christ, over lighting the assembled Masters of Wisdom in the five-pointed star formation, whilst a crowd of pilgrims looks on. 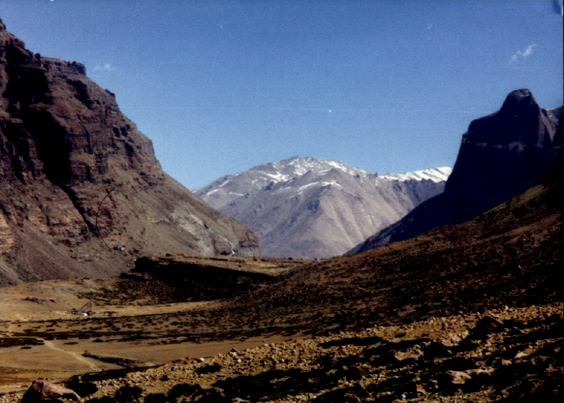 The Wesak festival in Wesak valley is the main festival that happens during the full moon in May month. Pilgrimage from the surroundings gathers and practices the Wesak festival. This festival has been held from the centuries in the valley of Himalaya. It is the Festival of Buddha, the spiritual intermediary between the highest spiritual center Shambala and the Hierarchy. Wesak is the sacred ceremony that takes place each year between the Buddha, The Christ, and the united spiritual Hierarchy as a blessing it poured forth upon our planet. The forces of enlightenment originate from the heart of God, flow outward into the Human consciousness.  This festival is a great festival in Eastern which is fixed annually in relation to the full moon of Taurus in April or May. 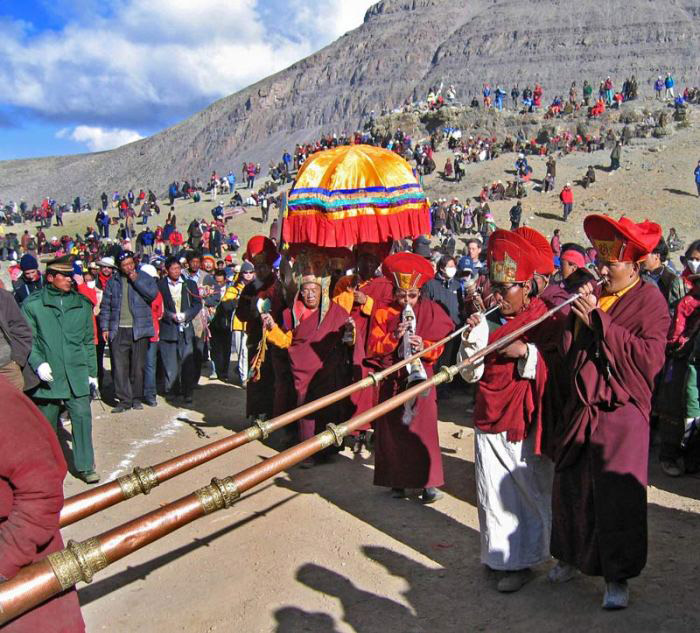 Local Buddhist Lamas are performing typical instruments during the festival.

Wesak valley is near Mount Kailash which is a holy mountain in western Tibet. Valley of the God, Tarboche valley, and Yamadwor is near at valley. Thousand of pilgrimage from the world visit the Kailash region every year. Holy lake Manasarovar lies at bottom of Mount Kailash is to take a holy bath that believes to wash every sin done in a lifetime. You can view more details about Mount Kailash and Mansarovar Tour. 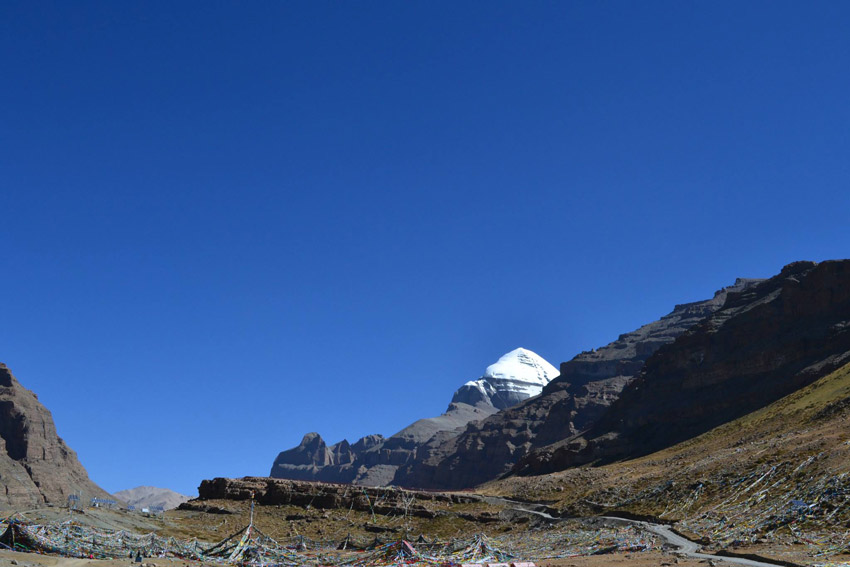 The Buddhist religion was started by Siddhartha Gautama in approximately 500 B.C. Gautama belonged to a royal family in Nepal. His privileged life was disturbed when he realized that everyone experienced illness, old age, and death. Gautama began to wonder about the meaning of life, and he left his home to wander through the country. He wanted to learn the truth about life and death.

Gautama studied yoga under several teachers and fasted. He thought fasting would enable him to become enlightened about life and death. Fasting did not seem to help his knowledge. A young woman brought him food one day when he was sitting under a tree. He ate the food and realized that neither fasting nor self-indulgence would help him find the meaning of life. This realization is known as enlightenment. Gautama became known as Buddha or the Enlightened One.

Wesak tour in Lumbini Birth place of Buddha or Wesak tour in Tibet. The center Tibet around Potala palace celabrate wesak festival in the main day of Buddha birth. Wesak festival called Saga Dawa near at Mount Kailash celebrate different dates every year. Wesak Festival in Kailash region is Saga Dawa festival. Send us your inquiry about Wesak festival tour either in Nepal, central Tibet or in Kailash. We will provide you perfect package tour. Private tour or small group tours are availalbe.

Different countries may celebrate Wesak Day in different ways but in all places, it is a celebration of much color and joy. It is considered a public holiday in most South East Asia countries like Sri Lanka, Cambodia, Malaysia, Singapore, Thailand, and Singapore. Wesak festival in the place of Buddha birth, Lumbini also celebrates on the main day. The Wesak festival in Lumbini is a special celebration of a good number of peoples and pilgrimage from different countries.

Special note about Wesak festival in Wesak valley of Tibet
Wesak valley near Mount Kailash and Mansarovar are celebrating Saga Dawa as the Wesak festival but in different date. Saga Dawa is the main Buddhist festival in Tibet and the date of this day is based on the Tibetan lunar calendar. Saga Dawa celebrates almost a month's time but the main day of the festival is a huge celebration by large numbers of Buddhist monks and pilgrimage peoples. This is also the date of changing the holy prayers flags. You can also take part in the Saga Dawa festival by taking the Saga Dawa Festival tour with us. This festival tour also includes the visit of holy Lake Mansarovar and Mount Kailash. You also will be involving 3 days Kailash Kora, Kailash Kora is trekking around Mount Kailash.